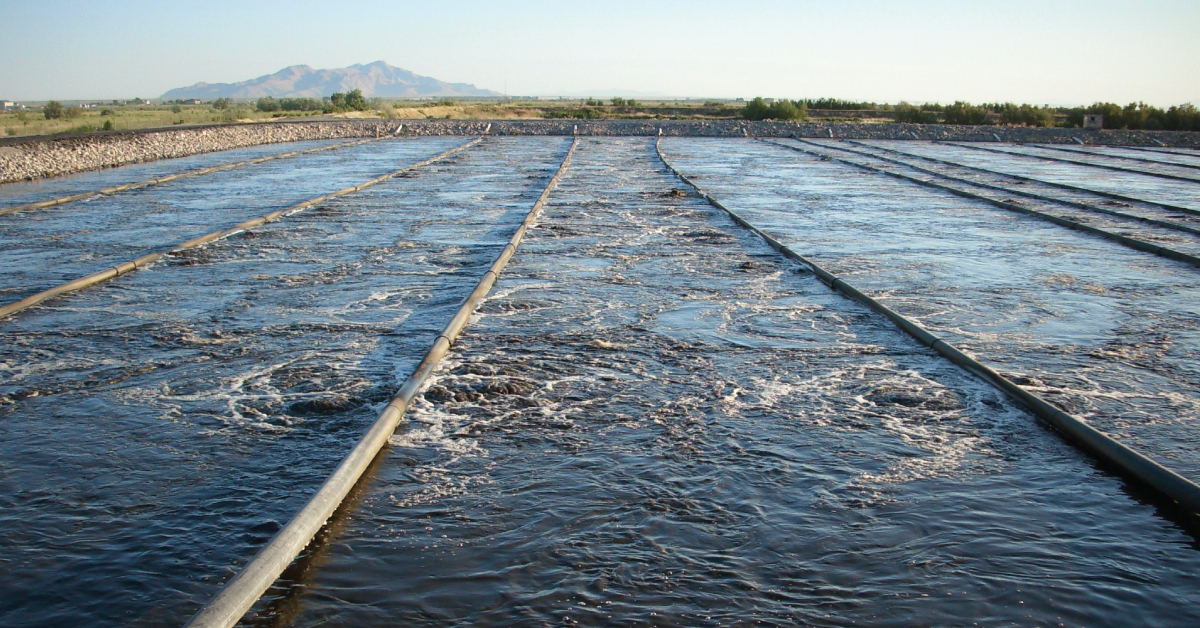 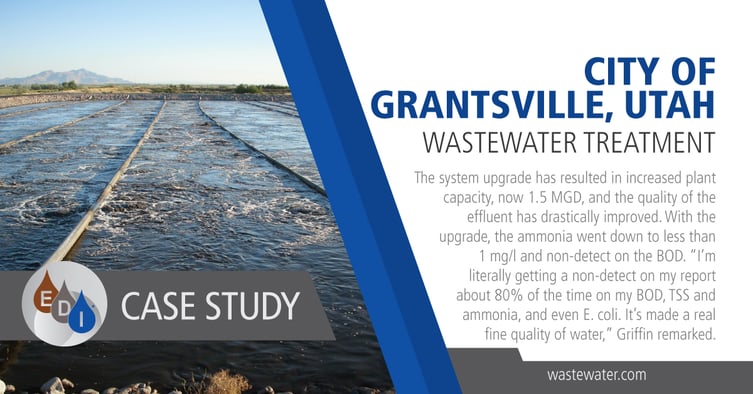 Originally designed for a 0.75 MGD capacity, the Grantsville Wastewater Treatment Plant receives residential wastewater from almost 10,000 residents in Grantsville, Utah, just west of Salt Lake City. In 2009, the plant was having significant trouble meeting the city’s discharge requirements for ammonia, TSS, and BOD. According to Ron Griffin, the plant’s operator, treated wastewater would violate discharge requirements so regularly that he had to store it six months out of the year to limit violations. “Something within every six months was a problem — either our ammonia or our BOD,” Griffin said. “So, I was only discharging six months out of the year. I would discharge for three months, hold for three months, discharge for three and then hold for three.”

The cause of the problem could be traced to a surface aerator in the plant’s primary treatment pond. The aerator created an aerobic zone in the top 4-5 ft of the pond and maintained an anaerobic zone throughout the rest of the 10-ft column. According to Griffin, the anaerobic process was slow and sluggish, and the by-products, hydrogen sulfide and methane, caused odor. The plant needed a more efficient system that would allow a continuous discharge of treated effluent and have the capacity to meet future requirements for ammonia removal. The plant had two options: convert existing non-aerated ponds to aeration, or construct new ponds that met state requirements.

For Griffin, there was one obvious answer:

“It was much more cost-effective to use our existing footprint and ponds and just add the [aerators].”

After removing the existing surface aerator from the primary pond, construction workers installed the IDEAL. Equipment required for the upgrade included EDI’s floating lateral aeration system with FlexAir 88S assemblies paired with Magnum fine bubble diffusers, a BioReef™ BioCurtain, and four 24-inch diameter decant pipes with electric actuated valves, system control panel, and three 220 HP turbo blowers. During construction, workers were met with a significant challenge: A 4-ft sludge blanket in the bottom of the cells. Griffin said, “We had to pull about 30 different blocks that held the old surface aerators in place, and they had to be eliminated so we could put in these deep, fine bubble diffusers.”

Improved Treatment Process
The system went online in July 2010. With the new treatment process, wastewater comes in through the headworks to remove all of the large particles, then goes to the primary cell, comprised of the IDEAL. “The system has big air pumps that [aerate] from the very bottom of the pond, so it turns the entire 10-ft of the elevation into an aerobic zone,” Griffin said. The aerobic treatment process is much more aggressive and robust. Since air is applied at the bottom of the lagoon, instead of top-down, it’s a more efficient process. Because the by-products are carbon dioxide and water vapor, it eliminates odor.
After this process, the water is decanted from the first cell, traveling through two partially mixed cells and one quiescent cell. It is disinfected with a UV light before discharge. The water is then discharged into Blue Lakes — a small wildlife area north of the plant — and is mostly used for irrigation of pastures.

Quality Results
The system upgrade has resulted in increased plant capacity, now 1.5 MGD, and the quality of the effluent has drastically improved. With the upgrade, the ammonia went down to less than 1 mg/l and non-detect on the BOD. “I’m literally getting a non-detect on my report about 80% of the time on my BOD, TSS and ammonia, and even E. coli. It’s made a real fine quality of water,” Griffin remarked. 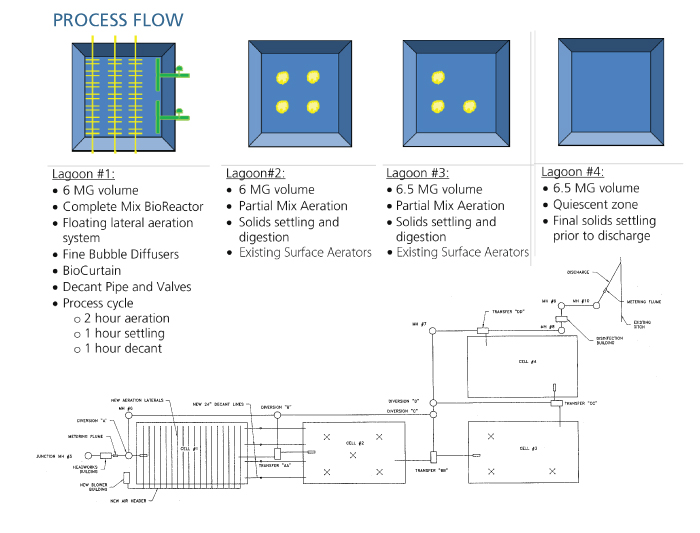