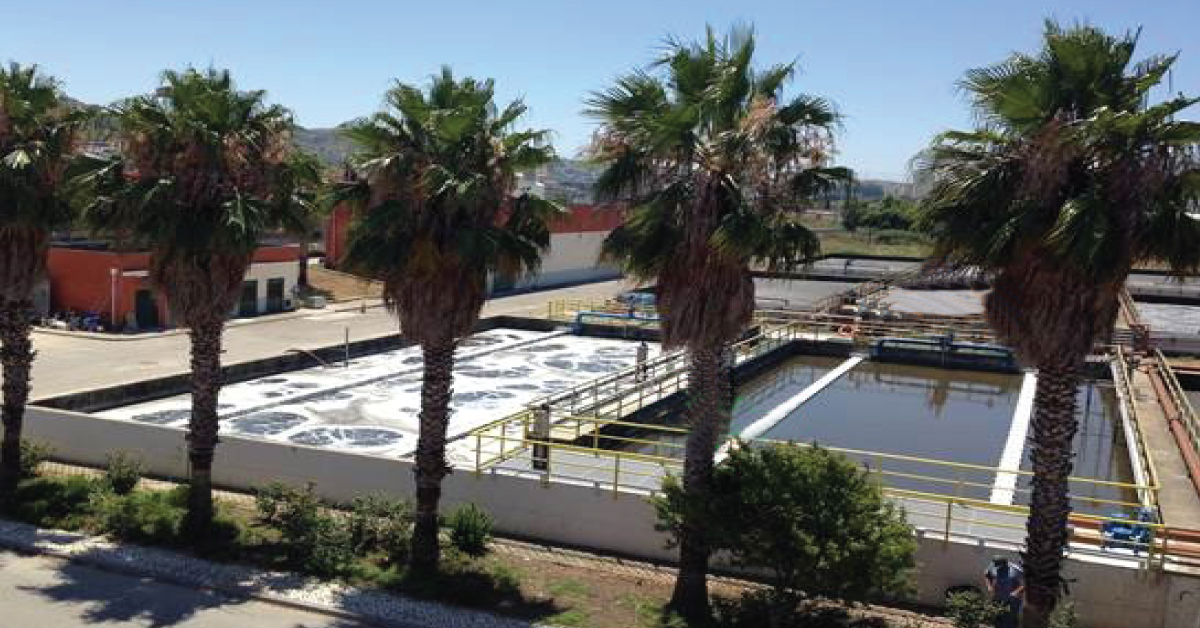 The multi-stream Frielas Wastewater Treatment Plant was built in 1997 in the suburbs of Lisbon, Portugal. The plant is owned by Loures SMAS and is operated and managed by SIMTEJO, which is a government owned company integrated with Aguas de Portugal (also known as Aguas do Tejo Atlantico). It has a total treatment capacity of 700,000 Population Equivalent (PE). Currently the plant has a normal flow rate of 6,000 m3/h (3,530 cfm); treating mainly domestic wastewater received from 250,000 inhabitants.

In 2012, the Frielas WWTP authority decided to upgrade the equipment and optimize the aeration process of the plant for energy efficiency. The treatment scheme is based on a conventional activated sludge system with six 4,000m³ (141,259 ft³) complete mix biological reactors and 12 rectangular settlers. EDI Europe upgraded three of the six continuous activated sludge reactor lanes at the plant through three subsequent projects in 2012 and 2014; all with the high efficiency EDI FlexAir™ StreamLine® diffused aeration system.

The aeration system was installed in the reactor tanks with a water depth of approximately 6.2m (20.34 ft). The innovative integral diffusers, tubular membranes, in-line support components, and the unparalleled structural integrity made the StreamLine aeration solution best suited for the tank depth and plant conditions. PVC plastic piping was used for the Fixed-Grid lateral system at the Frielas plant and the diffusers were designed with PU (Polyurethane) membranes for maximum efficiency and membrane life expectancy. The patented configuration of the StreamLine system also ensured a fast system installation time compared to competing panel system technologies.

EXCEEDING SOTE REQUIREMENT, Saving Energy, AND Improving EFFLUENT QUALITY
The StreamLine system’s geometry supports low flux rate, resulting in ultra-high Oxygen Transfer Efficiency (OTE) performance. After the system upgrade, the oxygen transfer requirements were proven with off-site tests where a 38.5% SOTE was achieved versus the requested design value of 37.75% SOTE. This is an approximate of 6.6% per meter efficiency.

The aeration diffusion system at the reactor tanks are fed by four centrifugal blowers. The high OTE from the new StreamLine panels have shown large energy savings and a reduced air pressure from the blowers. The effluent from the plant’s treatment is discharged to Ribeira da Póvoa, a small branch of the River Trancão.
Mr. Paulo Inocêncio, the SIMTEJO Operations Manager and Head of Operations at the Frielas WWTP, noted that water quality at the discharge to the River Trancao has significantly improved after the installation of EDI StreamLine aeration system.

“The Frielas Wastewater Treatment Plant has operated and put into use the StreamLine tubular diffusers for tank depth exceeding 6 meters. The diffusers are working well, with high ratio of oxygen transfer, ensuring technical requirements and process technology of the plant.
We are satisfied with the aeration system supplied by Environmental Dynamics International, Inc. (EDI) and we appreciate their service.”