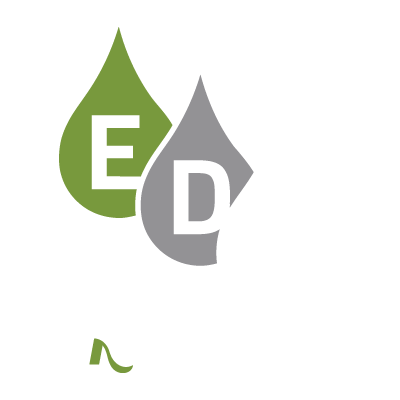 EDI (Environmental Dynamics International) has engineered systems that are well suited for almost any aeration mixing application. With multiple diffuser platforms available it gives design engineers or users choices for coarse bubble, fine bubble of different types, and several different configurations for the diffuser systems. With this flexibility and multiple configurations of diffuser systems available it has become obvious that the process efficiency gains and the energy efficiency of diffusers are causing diffused air technology to supplant and replace surface aeration components.

Key elements in the comparison of diffusers versus surface aerators are to get the performance on a common basis. Items that are important to evaluate are as follows:

It should also be noted that on the electrical controls, when there is a 50% to 100% standby of blowers provided there should be an accounting for a similar electrical switch for capability on the surface aerators.

In general, mechanical aerators have been considered as the lowest first cost of most systems. In reality when total system cost are considered on a similar design criteria and similar design basis, diffusers and surface aerators can be very similar in capital cost.

Once the capital cost issue has been addressed, the operating savings from diffused aeration systems will typically pay for complete abandonment of new surface aeration systems and converting to fine bubble diffusers with less than 3 year pay back. When comparing surface aerators with diffusers for new construction, comparing them on an equal scope of supply basis will show that the diffusers are very close to the same first cost and if the first year’s
operation cost are incorporated, the installed cost of diffusers are less! Beyond that point, savings of energy is huge and is contributing to the owner or to the operating entity.

For convenience, a quick checklist of operating and performance characteristics of high efficiency diffusers versus surface aerators is below.